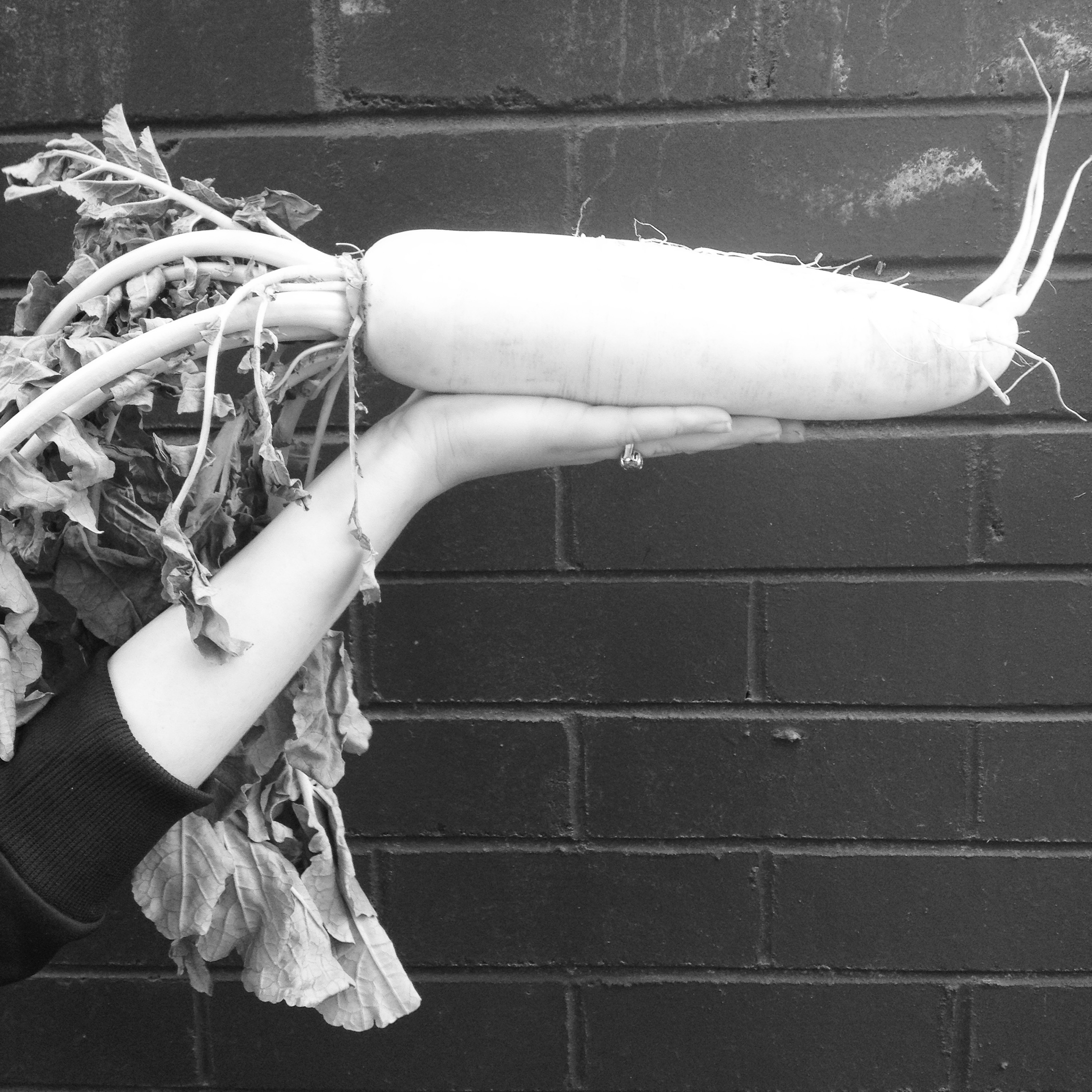 I told one of our farmers, Michelle, that I loved the daikon (long white radish) from their farm in Richmond that we had a couple of weeks ago, and said I wanted more. She said: “They’re big.” I said: “That’s fine.” Turns out she wasn’t kidding. You never can tell with farmers.

You will need:
a leek
a handful of garlic cloves
the green tops of the daikon/other greens/herbs
a handful of Jerusalem artichokes
olive oil and/or butter
salt
stock or water
optional: diced potatoes, sweet potato, NZ yams

1) Slice the leek down the middle, rinse, then cut into lengths of a few centimetres.

2) Fry on a medium heat in a large pan with olive oil and butter.

3) Add the garlic cloves, roughly chopped (you could get away with not peeling these – they’re very small).

4) Roughly scrub the Jerusalem artichokes, then chop into chunks and add to the pan. Do the same with the parsnips.

5) Add a cup or two of stock (or water and maybe a bay leaf) and the salt, and turn to a low heat.

6) Cut the green leaves off the daikon, rinse, and roughly chop, and throw it in the pan. The leaves when cooked have a slightly radish-y flavour, but most greens pretty much just taste like green in the end. Which is no bad thing.

7) Cook for about 15 minutes, or until the root vegies are soft.

If you’re really keen, you could puree the whole lot, and serve as either a soup or a side dish. I’m too lazy for that, plus those puree-ing doohickeys always spray stuff all over the kitchen. Some of this with some potato cooked into it, a bit of sharp cheddar, and the daikon root shredded into a big salad with vinegar and salt, and that’s a light dinner.